Oedipus  Greek: Οἰδίπους Oidípous meaning ("swollen foot") was a mythical Greek king of Thebes. He fulfilled a prophecy that said he would kill his father and marry his mother, and thus brought disaster on his city and family. This legend has been retold in many versions, and was used by Sigmund Freud to name the Oedipus complex.

Human sexuality as proved is an amorphous existential observation of a true differential that plots on a hysteretic bell curve that plots to the natural logarithm of what is normal.

There is no possibility that you understood what I just said. So look below.

Hermaphrodite
In biology, a hermaphrodite is an organism that has reproductive organs normally associated with both male and female sexes.

Homosexuality is romantic or sexual attraction or behavior between members of the same sex or gender. As a sexual orientation, homosexuality refers to "an enduring pattern of or disposition to experience sexual, affectionate, or romantic attractions" primarily or exclusively to people of the same sex.

This is a natural log rhythm of hysteresis which is an observed phenomenon derived from practical measurements and mathematical theory. 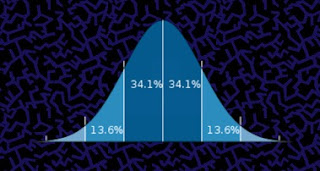 Statistically heterosexuals occupy the majority of the curve and hermaphrodites and homosexuals are on the outside of the curve. Thus societal acceptance of sexual norms follows the indicated arithmetic if one considers majority statistics indicative and suggestive of what is normal.

Psychosexual infantilism - Psycho-logic defense – Dénouement by Sigmund Freud can be countered by mere simplicity of thought.

Children are effervescent and quiescently blind. They bloom from the darkness of a void of knowledge and become. They respond to their new body that responds to the differentials of hard, soft, light, dark, warm, cold and delight, pain. They cry when discontent and coo when happy.

Instinctually they respond to a physical compulsion of genital stimulation with no rationality and with no emotional connection except self-adulation and these are considered natural. It is no different than nursing on the breast. It involves no learned behavior or permission. It is pre-cognitive.

Procreation would not occur without fornication between male and female, except that in the modern scientific age this is no longer necessary. Now consider beyond the mathematical bell curve, and consider sexuality beyond the purpose of procreation.

The Absurdity of the mechanism of the Orgasm.

Shrouded in the framework of the Human Psyche is a physiological point of ecstasy. Mysteriously planted in our realm and perhaps in the realm of all other species is a psychological / physiological juxtaposition called the orgasm? What does this mean?

Certain physical actions and stimulations and certain thoughts or mental excitations in the metaphysical (thought world) cognition (thinking) causes the orgasm. It requires mental arousal in image and imagination in conjunction with physical stimulation to produce the orgasm.

Instinctually children hide. How is it that they know, not shame but discernment of disclosing their titillation, their excitation and their naked exposure? They feel no quilt but hide their secret.

Again the Existential Absurdity of the Orgasm.

Proved is the biochemical hormonal function of testosterone on the sexual libido of both male and female. Don’t argue this, if you have doubt look it up.

And the King would allow only Eunuchs (castrated males) to serve the Queen.

You cannot describe color to the colorblind; nor sight to the unsighted, or even sound to the deaf, and no mortal can describe the compulsion for the orgasm and children hide their most secret discernment.

The only animal that wears clothes is the human animal. Prolific are the religious scriptures pertaining to nakedness and the insinuation of the shame of your nakedness.
Children as toddlers have no inclination of shame. Quickly, by their parent’s instruction, they are taught to cover and thus we hide our most secret discernment.

And thus we harbor our most critical judgment. Are you chaste (pure, innocent, uncorrupted, virtuous, honorable, and unsullied?)

One might consider that the circumcision of the male is the religious and furthermost extension of naked shame. It calls you to rise above your animal instinct, reconcile the compulsion of the orgasm with responsibility and think about the consequences of your actions. One might consider the Jewish law of circumcision on the eighth day. A child is given no choice, but it is done to them. You will know your shame and we have cut you a priori.

In Judaic Law only is the continuation of the circumcision by law, requiring chastity, condemning infidelity and extramarital fornication.

Hedonism suggests animal disregard. Fornicating without regard to the connection between the orgasm and procreation is pure animal ignorance. Humans without limits breed without limits and without limits in a finite resource such as the earth; the only control is the natural collapse of the system.

There is no defense against the all powerful orgasm without law and education. You will have to watch the suffering on scales you cannot imagine.

Well known is the fact that the male animal sire, such as that in cats and dogs, wolves and lions will kill the young males and eat them. It is assumed that they are eliminating their possible sexual competition. It would stand to reason that if a male animal survived, thanks to its mother’s protection, that he would be endeared to his mother and come into competition with his father; perhaps not over the mother alone, but for all the females. Existential scientific observation bears out this truth.

Not uncommon in all species is the male that assumes the female role in nurturing the young, both the male and female offspring; this is especially true in the human animal since there is no record of fathers killing sons for fear of competition. Placing the human male as a villain by generalization has no statistical foundation. It cannot even be placed on the bell curve because factual documentation can find no incident of the Oedipus Complex in reality. It only exists in mythology. After adolescence the male is nurtured by the fathers adoration to guard and protect and instruct the male child as to the nature, strength and toughness that is extraordinarily required of him. These are isolation, suppression of weak emotions, endurance and competition. This is done by a nurturing father to build strength in his son for protection and confidence building.

Thus the Oedipus Complex as to the male child in competition for the mothers affection should be laid to rest as a fallacy so rare that it cannot fit in to any statistical model.

The world is in danger of overpopulation due only to the hormonal compulsion for the orgasm. Copulation as freewill renders us powerless. Rendering the female with unwanted child and worse of all, abandoned for she has no means to support the offspring.

If you are looking for a point at which the soul enters the body, consider this from the Hebrew Genesis 7 And the LORD God formed man of the dust of the ground, and breathed into his nostrils the breath of life; and man became a living soul.

One might consider that the first breath of the infant is the entry of the soul and it awakes to life and becomes an autonomous entity.